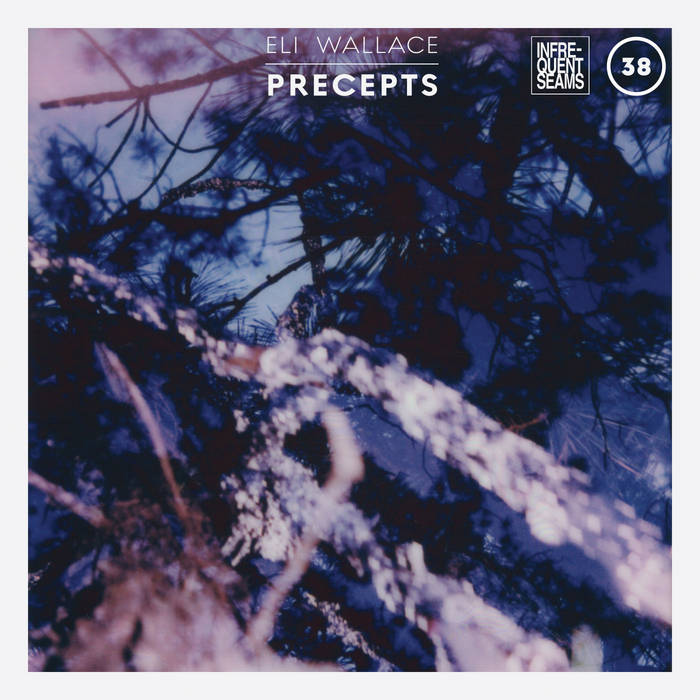 Precepts for Piano and Strings is a studio recording of a graphic score composed by Eli Wallace in the Fall of 2020. Intrigued by the combination of using extended techniques on the piano with the myriad of different sounds that are possible on string instruments, Wallace chose to compose the piece for violin, cello, bass, and piano. It was then recorded at Scholes Street Studio in Brooklyn, NY in March, 2021 under the direction of René Pierre Allain.

During 2019 and 2020, Wallace was absorbed with studying the organization of pitch content employed by Earle Brown, and the graphic notation of Anthony Braxton and Anestis Logothetis. To create Precepts, Wallace wanted to marry graphic notation with pitch content, subtly hinting at pitches to be played during the piece. The work is divided into four movements, and each movement contains four pitches, equalling 16 pitches in total. Each movement contains four different pitches, and there are four notes that repeat during the piece, creating a macro pitch content that stretches over the course of the entire piece. Each instrument is assigned only one pitch per movement, but each musician also has the option of jumping parts during the piece if they want to play a pitch notated in someone else’s part. The pitches were chosen using a systematic approach resembling serialistic techniques. However, since this is a graphic score composed for improvisers, the pitches are purely optional. During some movements of the piece one can hear the musicians playing the pitches quite a lot, and during others not at all.

The graphics are what tie the music together, dictating the morphology of the piece and the interaction between the different instruments. Each pitch in each movement is connected to a line. There are four distinct lines, each representing one musician. The manner in which the lines exist and interact with one another on the page determines the interplay between the musicians. The proximity, connection, or lack thereof of the aforementioned lines indicate the rate of interaction between the performers, dictating how closely one musician’s pulse is related to another. Very loose durations are provided for each movement, to clarify approximately how long each movement should last.

Aside from the technical elements of the piece, on an emotive level the piece deals with isolation, and finding ways to continue composing and collaborating with others when our entire existence has moved to online interfaces during the worldwide COVID-19 pandemic. Additionally, the piece deals directly with how we can continue to make music together. So, the piece was specifically composed to be executed without rehearsal, without preparation, striving for an urgent immediacy to be felt between the musicians during the recording session and heard by listeners thereafter. The piece is merely a rubric, a system, a set of guidelines to be carried out in one session. This recording is the first take of the piece.