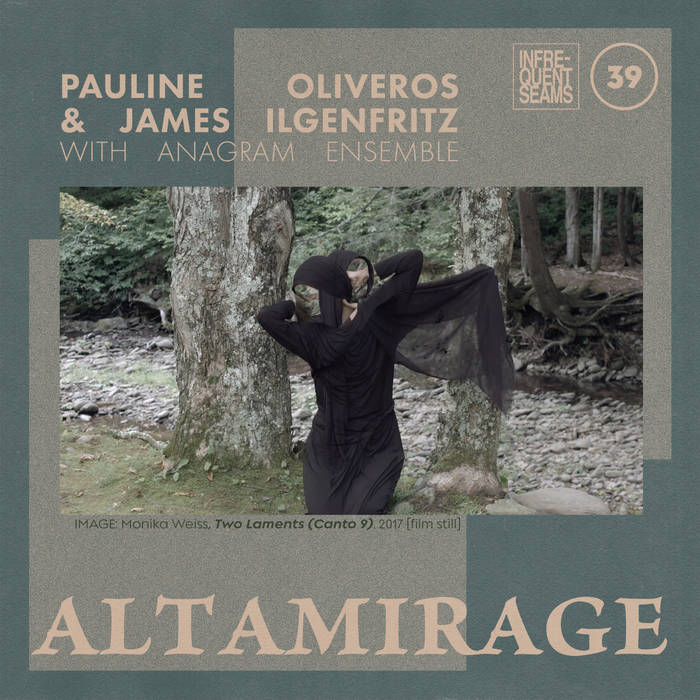 “Thank you for this rare glimpse.”
That’s what I keep hearing in my head as I listen to these recordings over and over. This collection of recordings serves as a rare marker in time, showing us the early stage of Pauline and her compositional practice, through the lens of contemporary performers who worked with her and knew her well.

This direct link provides us with this rare glimpse into the early thought process of Pauline. One that I’m learning more about as I listen to her past works. I keep finding humor and this quiet edginess about these pieces, or as I like to refer to her, as a quiet revolutionary. But I also wonder if maybe it wasn’t that she approached things quietly, but rather, was ignored due to being too contemporary in a time where long durational works were being made by individuals that identified as male.

In these recordings, one can hear that she chose to keep it short, with most pieces never crossing the 10 minute mark. The time frame, to me, highlights the revolutionary traits (made quiet by White erasure) that Pauline truly embodied.

Recorded by Jason LaFarge at Seizure’s Palace (a space he shares with Martin Bisi, who’s run BC Studios since the early 1980s), the album itself is an abstract form of care, due to the close relationship between Pauline and James. In it, James is sharing more insight into the legacy of patience for which Pauline will always be known.

Helen S. Lang wrote in her article, “On Memory: Aristotle's Corrections of Plato,” that “Plato calls memory the ‘preservation of sensation.’” His meaning is now clear: memory unifies the flux of physical affections into successive presentations. A second artist in the soul unifies the “preservations” of memory into mental images. The perpetuity of a thought that is allowed to continue through the first hand experience of others is the modern form of the “preservation of sensation.”

In a past paper I wrote about Pauline’s work, I pointed out that her written scores could be seen as a durational piece that can live on, for as long as the thought is being shared. So in a way James and these performers are participating in a tradition, replaying a past composition in a way it was meant to be heard as learned by the composer themself.

Within this whole album I see many layers; from the personal perspective (illustrating Pauline as an adventurous and edgy young artist, questioning timing and pace during a time where the opposite was supported) to the historical, with an individual who chose to stick to their path regardless of all the pressure around them. In this work there is preservation along with reinvention, with a direct link we will never experience again. So thank you James, for this rare glimpse. It is one that will be studied and cherished for a lifetime.